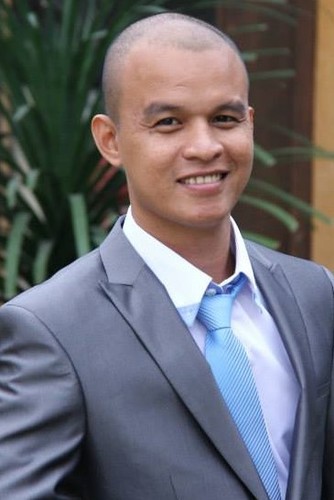 I am Rambie Bernardino. I was born in Tabuk City, Philippines. In 2004, I finished my Bachelor Degree major in Philosophy at San Pablo Major Seminary. Having the curiosity to live a life outside the seminary, I worked several kinds of jobs such as Christian Education Teacher, Prefect of Discipline and Human Resource Assistant.

After I passed my Canonical Examination, I was appointed by my Bishop as Deacon Intern at the Cathedral of the Holy Trinity, Tabuk City, Philippines from June 2014 to April 2015. In May 2015, I was transferred to be the Deacon In-Charge of a three-point parish named as The Associated Parish of Advent, St. Michael and All Angels and St. Peter and St. James Episcopal Church. While serving on these parishes, I was ordained to Diaconate on December 8, 2015, and to the Sacred Order of Priests on December 07, 2016, the feast day of St. Ambrose.

In order to be with my family, I moved to Canada in July 2017 and worked as a Car Detailer at Waterloo Nissan. In the summer of 2018, I started attending All Saint’s Anglican Church in Waterloo and took over the Youth and Children Ministry. While I am at All Saints, I was generously given so much opportunities to practice my ministry as an ordained priest. I became an Honorary Assistant Priest and recently, on October 24th of 2021, I was given the opportunity to start a new ministry to my Fellow Filipinos around Waterloo Area where we can worship God together as a community.

I can be contacted at youthpastor@allsaintswaterloo.ca