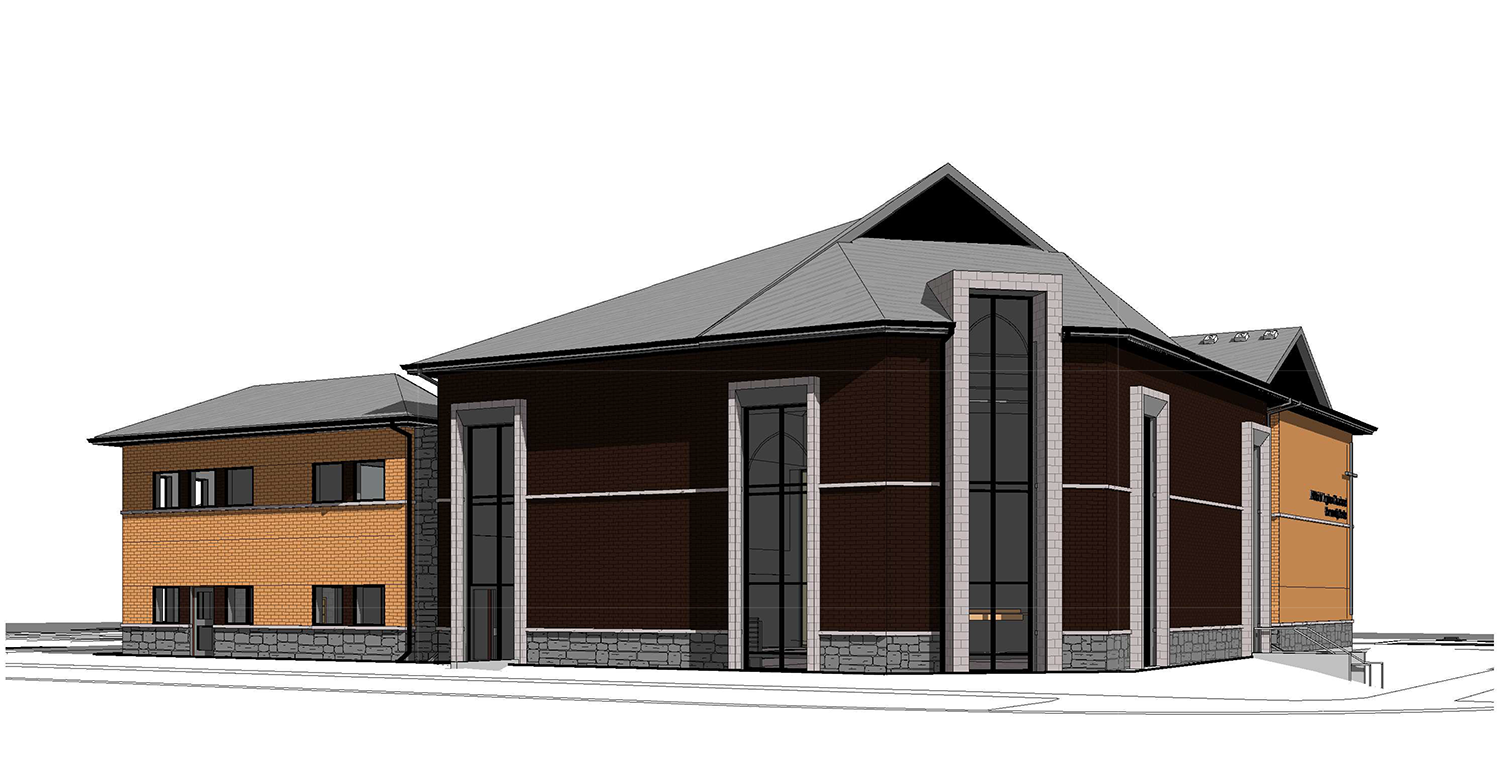 On September 26 at All Saints Anglican Church in Waterloo, approximately a hundred people gathered to say goodbye to the building at 400 Northfield Dr West.

As Bishop Terry preached, “this deconsecration did not mark the end, but just an end to this part of the journey. The journey continues.”

The parking lot was not just full of the cars of the faithful, but also excavators and backhoes. The foundation of the new build has already taken shape. And amidst the gathered community this new church and community centre was beginning to take shape.

Slated to 50% larger than the current facility, the build will feature a 240-seat sanctuary, gymnasium, industrial kitchen, meeting rooms and program space.

In many respects, the design of the building is a church wrapped in a community centre. And over the next year's construction, the community will move to a temporary location, its journey in the wilderness before they come home again to 400 Northfield Dr West.

Bishop Terry noted that “we can’t build the church we had, we have to build the church that we need”. And this new build is not just for All Saints but most especially it is for the mission field. Truly, exciting times.

But this was also a time of sadness. Marriage vows were exchanged at the chancel steps, faith confirmed, new Christians joined the body at the font, and the Eucharist was celebrated faithfully each week so that Christ's presence may be known. This building has faithfully served the community and so as they embark on new beginnings, it comes with saying goodbye.

So, on September evening communion was shared one last time before the community embarks on a journey and the building will be torn down.

Bishop Terry said, "The diocese is watching you closely, so no pressure … no pressure. But we are watching closely so that we can pray for you. Because what you are doing is so, so important to not only your future, but the diocese's future. And we are routing for you."